Sorry...this post is already a couple days late...
Sunday I headed out with Shane to do a little recon of the northern half of the race.
It's a good thing that we did because there were some roads that are shown on the map, with names, that don't exist.

We did scout out the two gas stations in Deer Trail and can confirm that they are well stocked. There is also a restaurant in town - the Historic Brown Derby Restaurant & Saloon. They do have "restaurant" crossed out on one of the sign, BUT they did have a small sign out front that advertised sloppy joes and coleslaw for $6.95. We didn't ride around the rest of town to check if someone took advantage of the Brown Derby demoting their status to just a saloon.

I'm working on the final map and cues, so hang with me over the next week or so. It'll give you a couple weeks to study the map, make your cues, figure out your way.

If you haven't checked the registration page lately, you should! It's a long list!! Go HERE for the list.

Shane and I knocked out 102 miles of gravel in about 6.5 hours of ride time. The weather was nice - not as warm as we had hoped, but nice, calm, and good for doing a 100-miler. It was good to finally meet Shane after meeting online (sounds kind of creepy) a couple months ago with the start of all this gravel grinder stuff. He's a good rider and has his sites set on the Dirty Kanza 200 in June. He has his own little challenge up on the Colorado Endurance Series calendar that you should check out - the Rampart Rumble Gravel Grovel . If you want to keep up with his pursuit of the Kanza or any updates on his race or other gravel stuff, follow http://www.gravelquest.blogspot.com .

We saw a couple notable thing, but didn't get pictures of them: 2 herds of pronghorn and 1 pheasant hunter who held up his prize as we passed him and his dog working away in the field.
Here are some pictures I did get, so I'll share those: 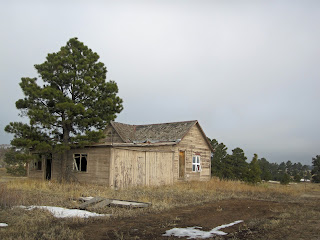 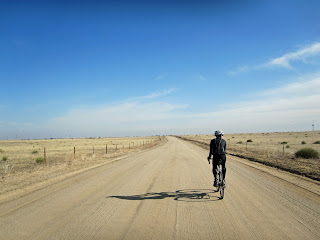 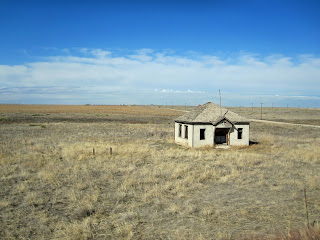 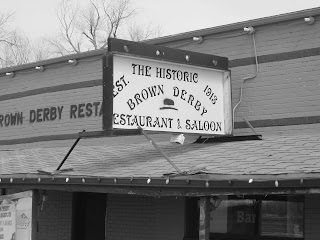 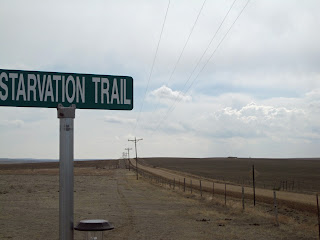 Email ThisBlogThis!Share to TwitterShare to FacebookShare to Pinterest
Labels: Recon