AntiEpic Gets All Official and Stuff

I've been getting some questions about what "AntiEpic" means.
Well...I guess it would be open to many interpretations.

To anyone who may think it's referring to Anti-Epic Endurance , it's definitely not.
It's more of a response to overhyped, high priced, not-so-epic "epics", and an entirely overused term in 2011.  Think Leadville 100 or Ironman whatever.  This picture does a good job of explaining someone that would probably overuse "epic": 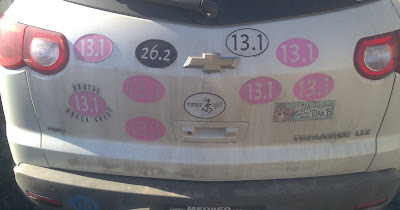 2011 was the year of the "epic".  I know that the term "Anti-Epic" won't catch on anytime soon, which I could really care less.  However, I know that, while the term anti-epic isn't officially being thrown around, I know that the concept is catching on.  There are new underground running and cycling races and series everyday across the country.  No fees, no waivers, no governing bodies and insurance - no bullshit just determination.  Just take a look at the Colorado Endurance Series and you'll see several new races this year.

Today, our event has been promoted.  We've had some good interest and are now listed on Colorado Endurance Series' list of races.  Cool stuff.  I'm anxious to see how it goes.

The rules of the AntiEpic have been updated to fall under some common ground of the Southwest Endurance Series and, more specific .  Therefore, please check them out HERE.  I will also update the main information post, so you have a good reference point.

It sounds like a 4-5 hour ride is forming for Sunday morning on part of the course.  If you are around the area and are interested Check back tomorrow or Thursday and I'll post accordingly.   As of right now, it may be me and Shane over at Gravel Quest who I "met" (I'm not really sure what to call meeting someone anymore - facebook, email, twitter, google+, call....everything before actually talking face-to-face).

Just got another email....another one in!  We may even have an appearance from some Midwesterners .


So, if you are interested in doing it, please either go HERE or shoot me an email at ben@twenty2cycles.com.  Also, I will occasionally update information or tidbits via Twitter.  So, if you're into that, follow me at @BWelnak .
Posted by Ben Welnak at 6:23 PM